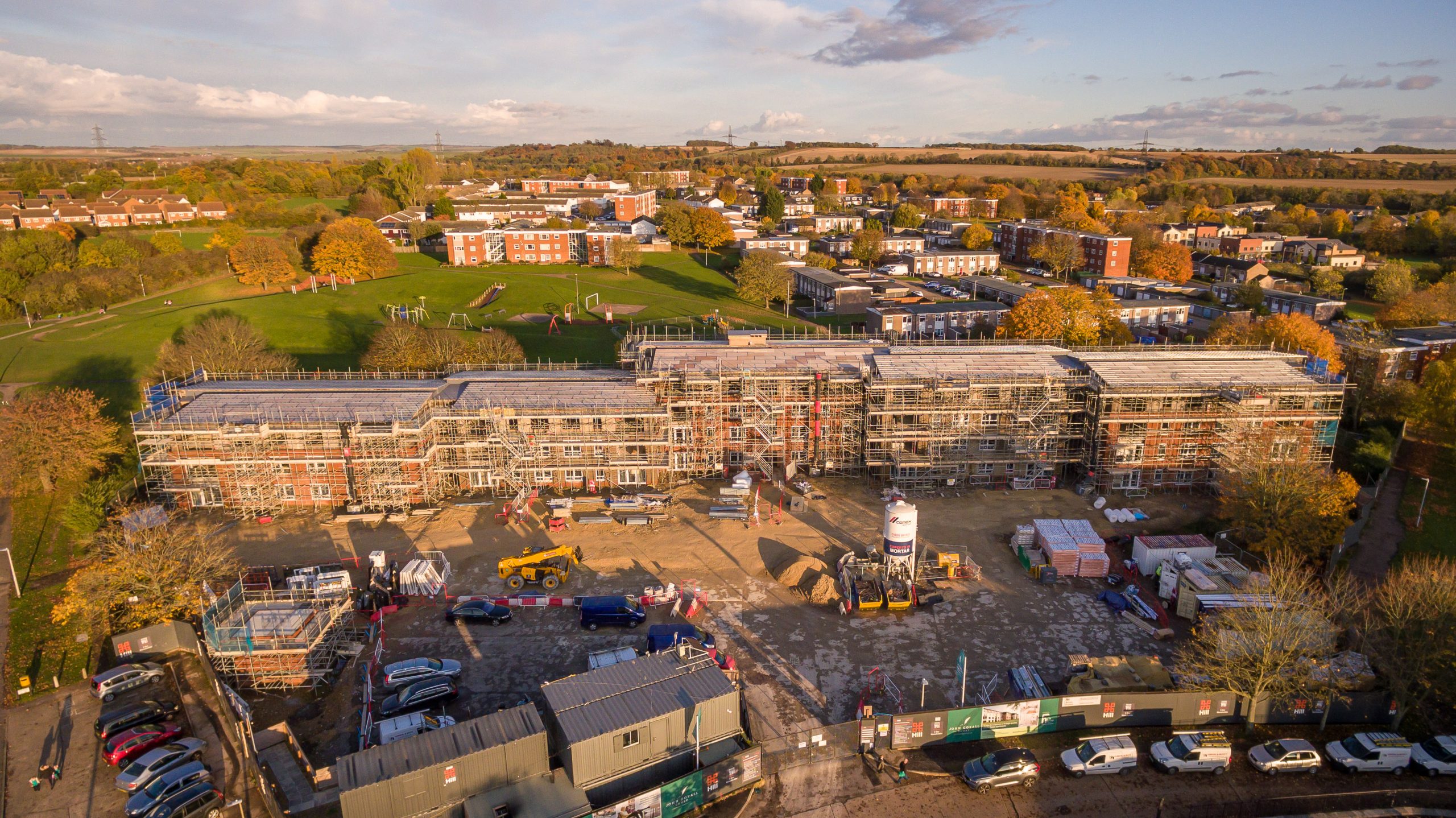 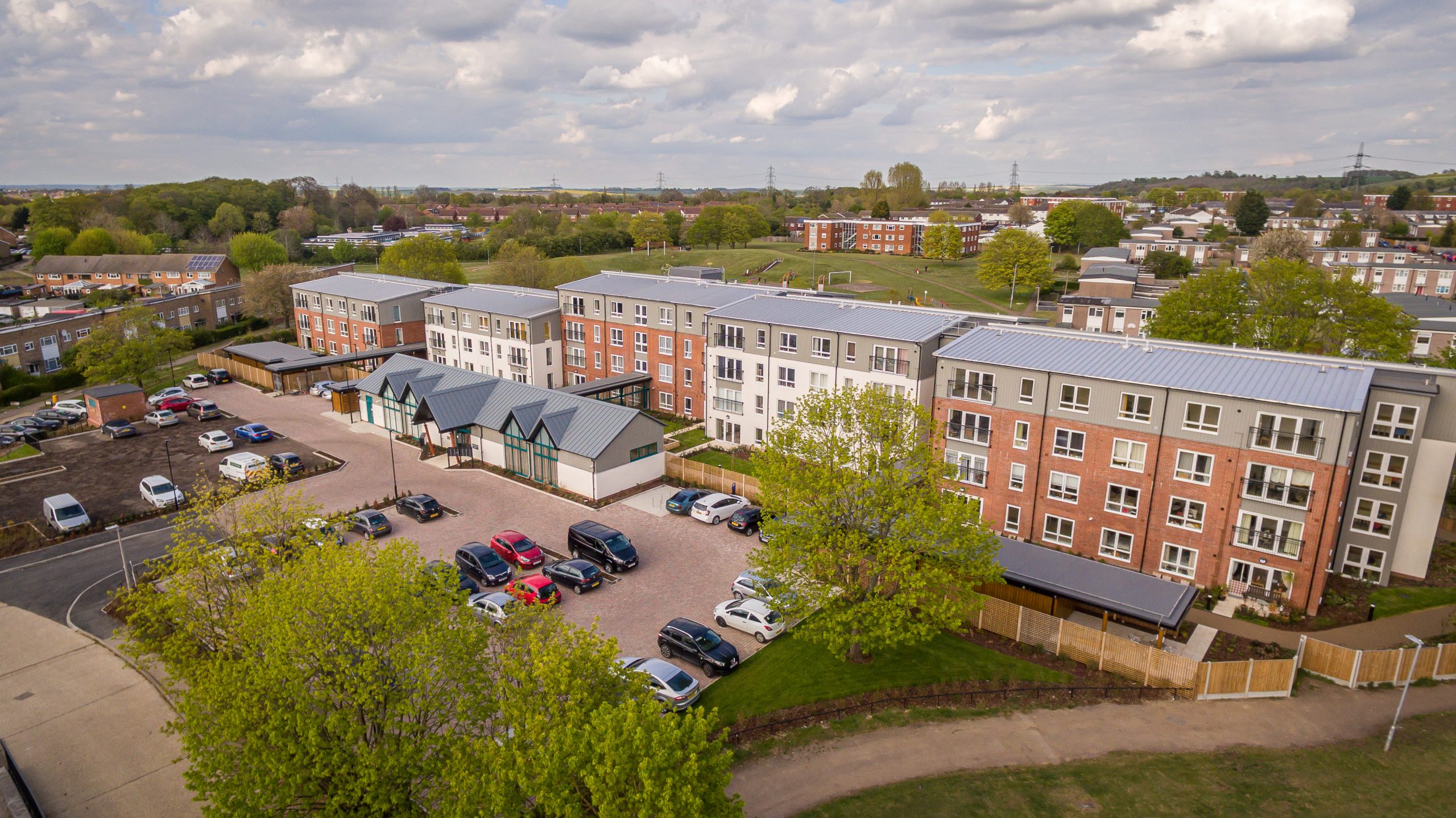 New Edge was commissioned to undertake a series of photographic records of the complete re-construction of John Coxall Court in Letchworth, which was originally built in the early 1970’s as a sheltered housing accommodation known as Hamonte. Now a completely new scheme comprising 71 apartments for the over 55’s, built by The Hill Group. This photographic project started in November 2019 and was completed in May 2021.

The final part of the project was to produce a video of the completed development including internal shots, using both drone and conventional photography methods.